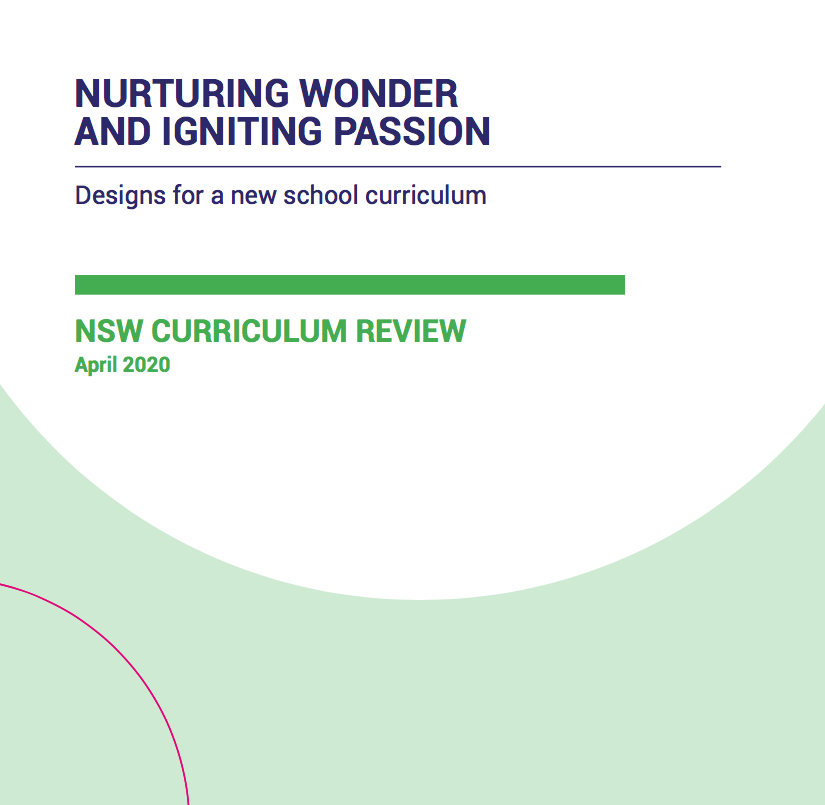 In May 2018 the New South Wales (NSW) Government announced a comprehensive review
of the school curriculum from Kindergarten to Year 12 to ‘ensure that the NSW education system is properly preparing students for the challenges and opportunities of the 21st century’. The announced Review was described as the first major review of the entire NSW school curriculum since 1989. This report of the Review is based on statewide consultations and online submissions, including public feedback on an Interim Report released in 2019. The Review found strong community support for change and is recommending both short-term and long-term reforms that will deliver a new curriculum for NSW schools.