Should we give a Gonski?

RT @_LizFoster: Eloquent keynote from @loukaparry What questions are we asking ourselves as a profession? In our profoundly human profes…

Should we give a Gonski? 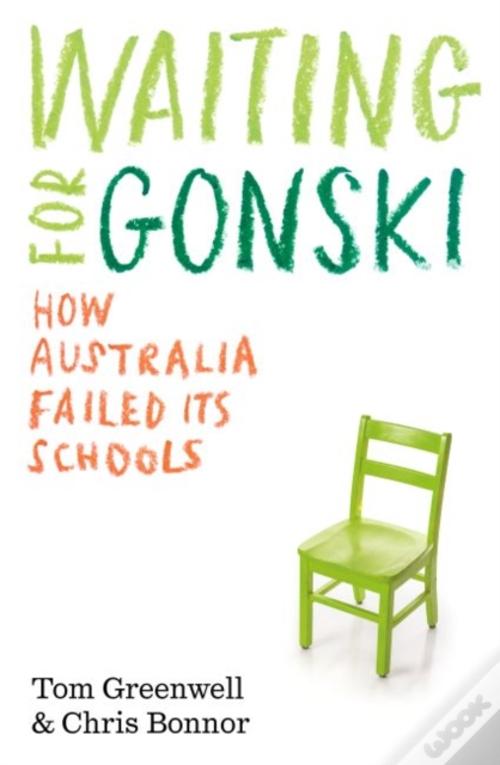 For decades Australia has continued to fall in the OECD’s international ranking of school student achievement in literacy, numeracy and science. Successive governments looked to blame teachers, the curriculum, even school buildings. But the single biggest impact on our record of education achievement is well known – it’s the way schools are funded and that the biggest gaps in student achievement are created by socio economic background. In Australia, your postcode defines your future.

Greenwell and Bonner’s timely book Waiting for Gonski. How Australia failed its schools is published a decade after the release of the Gonski Review by the Gillard Government – a once in a generation opportunity to transform school funding to equal the playing field and improve education for all in Australia.

Gonski proposed a model that provided targeted funding to disadvantaged students based on need, a solution that promised to close the gaps and improve overall achievement. The model initially received some bi-partisan and popular support – the slogan, ‘I give a Gonski’, captured the public imagination.

But the proposed Gonski model was never fully implemented and a decade later the problems have only worsened, and educational outcomes are still in decline. This book examines in detail why Gonski wasn’t implemented and puts forward a new model to redress the inequity which has held Australia back since we created public schools in the late 19th century.

Waiting for Gonski begins with the history of schooling in Australia and the divisions set up early between public schools and the catholic and independent sectors. A situation Australian Schools Commission Deputy Chair, Jean Blackburn, described as “unique in the democratic world” with little public accountability.

Greenwell and Bonner conclude that Gonski failed just as much because of flaws in its conception as well as execution. “In that sense”, they say, “it is time to stop waiting for Gonski”. The authors propose that our results won’t turn around until we level the playing field on which all taxpayer funded schools operate. They argue that “public funding has to come with commensurate public obligations, especially the responsibility to enrol children from all walks of life” – a model adopted by Canada and New Zealand that we can learn from.

Greenwall and Bonner present compelling research and data to show that leveling the playing field will require more than the needs-based funding proposed by Gonski. They propose that we need to have the debates we have been avoiding for decades because “our deterioration in equity and excellence is a slow-moving disaster.” One solution they think has high potential is put forward by former NSW Education Minister, Adrian Piccoli: schools in all sectors would be entitled to full public funding on condition they would no longer charge fees. Hence all fully funded schools would be free and be obliged to enrol applicants on a common and inclusive basis. If they charged fees, they would cease receiving public funding.

This model would achieve a more balanced distribution of students in all sectors and increase diversity in all schools. Given strong family, school – and peer – impact on student achievement, it would, over time reduce the academic and SES gaps between schools. This model is successful in Canada – a country with many similarities to Australia – where student outcomes are more equitable.

Doing little or nothing, warn Greenwall and Bonner, comes at a significant and increasing cost. A cost to the future livelihood for children and a social cost by increasingly marginalised schools. Not to mention the dollar cost of lost productivity and financial burden. It’s hard not to agree with Greenwall and Bonner’s conclusion we can – and must- create something better for Australia’s schools and kids. All our futures are dependent on it.