Why we need to stop talking about 21st century skills

RT @learningcreates: What might the future of educational leadership look like? Our Co-Chair Anthony Mackay and @valeriehannon (@Innovation…

RT @aliceleung: Teachers are the fall guys from systemic failures caused by government inaction. When we fail teachers, we fail children. #…

Why we need to stop talking about 21st century skills 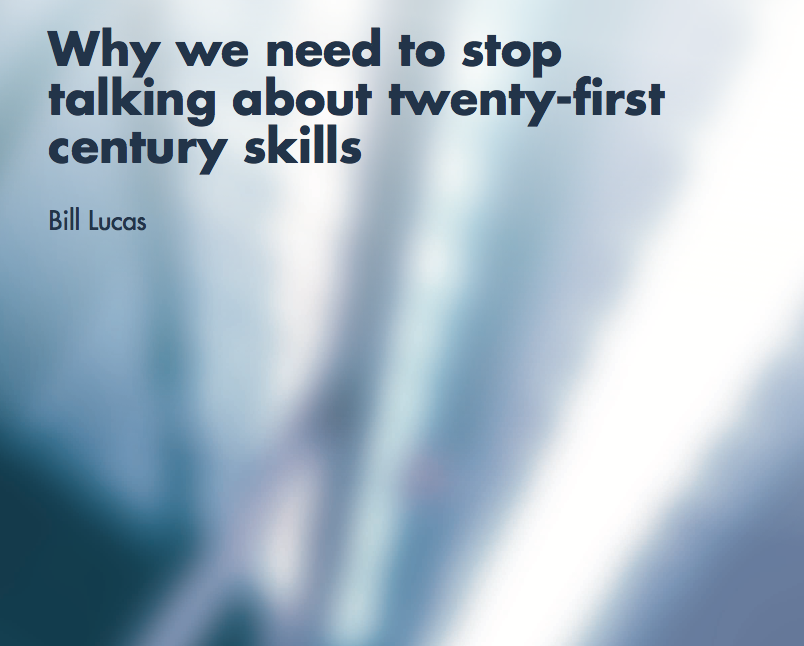 Over the past decades ‘twenty-first century skills’ has become a widely, and uncritically accepted, educational meme. Bill Lucas argues in this Centre for Strategic Education seminar paper that four decades on, the phrase is increasingly irritating. Its use of the word ‘skill’ is unhelpful. Its refusal to distinguish between skills that are eternally useful, as opposed to those which are legitimate responses to the world we live in now, is lazy.